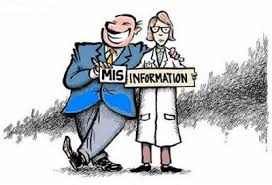 I’ve been around through many presidential election cycles but if there was one with more deceit, innuendo and outright misinformation from the media, I don’t remember it.

Last week a video came out showing Romney explaining his campaign strategy to people who support him and want to contribute to his presidential campaign. When speaking to a group like that on a topic like that, in a “private” meeting, you ‘paint with a broad brush;’ there is no need to get into the minutia, no need to ‘weasel word’ everything you say — these are friends and supporters and what they want to know is if you have a logical, potentially winning strategy. That’s what Romney was delivering to this audience — not knowing that the far-Left Mother Jones Magazine had a spy there with a video camera.

Then, at a point where they figured it would be most advantageous to their far-Left candidate, Barack Obama, Mother Jones released a one-sided story, filled with accusations and innuendo that supported their version of what was going on in Romney’s meeting and extrapolated on their theory that only Obama cares about the lower and middle income people in this country.

The above is just an isolated example of how the media uses it’s elevated position to misinform it’s audience.

Don’t assume that the news you get from the far-Right is any more accurate!

If you are reading a blog or a commentary or an editorial you expect the story to reflect the views and positions of it’s author. Fair enough! But if you are reading a news article that contains more than the known details of a story you know you’re being used!

Mitt Romney and the Republican party have much more than the president to beat in November and Barack Obama and the Democrats have more than Mitt Romney alone to beat! They both have to beat misinformation from the main-stream media (mostly Left), the Network News outlets (mostly Left), the cable news outlets and numerous radio talk shows (mostly Right). Some of these news sources are reliable but others are simply blogs and commentaries of a “different color.” Use your common sense and logic! “Edit” out the non-facts as you read or listen.

The message here is obvious but let me repeat: THINK FOR YOURSELF! Don’t believe any news story (from the Left OR Right) that presents only one side of a story — responsible journalism (an entity that is almost dead) will give you straight news without assumptions, forecasts, rumors or commentary — if it gives you more, you are the editor.

On a personal note (this is a blog after all): My vote will be more against Obama than it will be for Romney. I feel very deeply that Obama’s re-election would be disasterous for our country and the American people. (OK! Now that you’ve got my ‘opinion’ you can edit it out!)

Right now, Mitt Romney is getting his ‘butt kicked’ for saying that nearly half of Americans “believe they are victims, are dependent on the government and (feel that they are) bound to vote for President Barack Obama.”

An Associated Press article titled: Romney tries to get on track after video remarks also revealed that “the Obama campaign worked to spread (Romney’s) quotes to any voters who hadn’t already heard them.”

Romney spoke the plain, simple truth, what’s wrong with that?

What’s wrong with that is that those ‘nearly half of Americans’ don’t want to hear that particular truth.

People don’t like to think they’ve been tricked into doing or believing something . . . that makes them feel stupid. Liberals want their nice fluffy Obama security blankets and they cherish the Obama administration’s lies, obfuscations, exaggerations and misdirections; these make them feel like they still have some measure of independent thought left in their heads. Obama supporters want to continue the illusion that the government “owes” them all that they get and, although they don’t quite understand the mechanics of it, they think there might be some giant money machine locked up in the treasury building (or in the president’s office) that will never run out of ink or paper.

Also, Obama supporters just LOVE Obama’s continual efforts to “level the playing field;” unfortunately, they don’t understand exactly what that means or understand that it is the most un-American sentiment that can ever be expressed by an elected official of our government, much more-so by the president of the United States. Churches and charity organizations task themselves to level the ‘playing field’ for people who are struggling to survive; it is the Federal government’s task to regulate taxes, minimize overreaching business regulations and otherwise promote a healthy business climate that will do far more for those struggling than charity can ever do.

Liberals have spend years trying to convince the American people that profit has the same meaning as greed and both are evil; they have been pretty successful doing that! That’s like comparing a successful business person in a free-market society with Scrooge McDuck in his ‘counting room’! In a well-functioning free-market society profits are not hoarded, they are used to build businesses, create new businesses and reward productive, creative employees. As businesses grow, more and more people are employed producing goods or providing services . . . and the cycle continues. There will always be some enterprises that are corrupt and operate on less high-minded principles but they are not the majority and, because of their nature, they are doomed to eventual failure.

Without a profit motive the United States would not exist as it does now — as a powerful, free and sovereign nation.

We’ve heard of two ‘acts of war’ against the U.S. on 9/11/12. We’ve heard of 4 Americans dieing in those raids on those two U.S. Consulates in Lybia and Egypt — both sovereign pieces of U.S. territory.

We know that U.S embassies and consulates are defended by U.S. Marine emplacements. We know that our U.S. Marines are one of the finest, best trained, deadliest fighting forces in the world.

Did even one terrorist die in those attacks by radical Islam?

Are we intentionally not being told about the Muslim body count or were there no enemy casualties?

Could it be that the Obama administration knew that these attacks were going to occur?

Could it be that, because of the obvious cowardice that is deeply embedded in the Obama Administration’s foreign policy, we actually ALLOWED these attacks to occur?

Would a sitting American President allow U.S. territory to be invaded and allow the U.S. Flag to be desecrated?

Were the U.S. Marines told to stand down so this could happen?

Most damning of all: The Obama administration’s first response to Islamic Terrorists who invaded U.S. Territory and desecrated the American flag is an apology!

The RNC Convention left me feeling great about our country’s future, IF Mitt Romney and Paul Ryan are successful in November . . . but, at the same time, the frequent heavily Social Conservative messages I heard leave me feeling less than great about OUR personal futures.

Social engineering ‘in the name of God’ is still social engineering and when the prospective leaders of our country are the ones engaging in that social engineering, OUR personal futures are worrisome. The primary role of government is (or at least should be) to protect the rights of American citizens’ — those basic inalienable rights of life, liberty and the pursuit of happiness. Those right were not granted by the Constitution (they are “inalienable,” i.e., natural and inherently legal) and cannot be taken away by the government. Yet Social Conservatives have taken biblical moral imperatives and are attempting to fraudulently insert them into the Constitution.

My problem with Social Conservatism really has nothing to do with being an atheist (I am) — it has to do with the Social Conservative’s lack of respect for people who believe that their personal lives should be insulated from our government’s interference — interference by any level of government — as long as they are obeying existing laws. This level of ‘insulation’ is not a whim or even a personal belief; it’s specified in the Constitution.

The first ten amendments to the Constitution, the Bill of Rights, were written to protect the freedoms and liberties OF the people FROM government overreach. Yet Social Conservatives try to use part of the Fifth Amendment (“No person shall . . . be deprived of life, liberty, or property, without due process of law”) as a legal justification for outlawing a woman’s freedom of choose to terminate a pregnancy. Properly stated, this phrase in the Fifth Amendment should read: ‘The government shall not deny it’s citizens the right to life, liberty or property ownership without due process of law.’ By trying to deny a woman’s freedom of choice in matters of abortion they are, in fact, denying that woman’s “liberty.”

Social Conservatives are not only try to subvert the Constitution by denying the real purpose of the Bill of Rights (to protect YOU from THEM), they whitewash their real motivation to try and remove a woman’s freedom of choice; the real (and only) motivation they have is their personal and religious belief that abortion is ‘sinful.’

They might be right that every abortion is a ‘sin against God’ but that (fact or not) has absolutely no relevance to our laws — laws that clearly recognize every citizen’s right to manage his or her own body and it’s functions — law that, by their absence, do not make “sins against God” illegal.

From here the case against Social Conservatives naturally turns to their other pet “sin,” gay marriage. There are, no doubt, many bible verses that can be used to show that religions are justified when they call gay marriage an abomination — but there is not one phrase, in a fair reading of the Constitution, that outlaws it.

Could it be that Social Conservatives have edited their copies of the Constitution to include biblical admonitions?

The concept of separation of church and state may not be written into the Constitution per se but the spirit of that concept is very clearly embodied in that document.