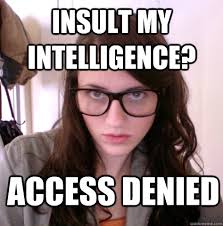 Are campaign advisors really all 12-year olds, as the Washington Post’s Kathleen Parker suggests or do they really believe that we’re that stupid?

Today we have Republicans supposedly “outraged” because President Obama joked with Jon Stewart on “The Daily Show” that the deaths of four Americans at the U.S. Consulate in Benghazi, Libya, as responses to terrorist attacks go, was “not optimal.” Will all you outraged Republican’s please take a break, unclench and get a grip. This was the Daily Show where light and less than reverent responses are the norm. Jon Stewart led the president into the “not optimal” response by noting that the administration’s response to the attack had seemed “confused” and not “as optimal” as it could have been. This is coming from Jon Stewart who’s last truly serious moment occurred so long ago, no one remembers it, so naturally the president picked up on Stewart’s ironically understated “not as optimal” response and used it.

Just before that day (actually up to THIS day) the Democrats were pounding Mitt Romney and calling him insensitive to women because, in the last debate, he defended his attempts to get more women on his staff by noting that he had “binders full of women” to choose from. Of course he could have said that a professional recruiting firm was hired and supplied him with binders full of resumes of qualified candidates. Any reasonable person, Republican or Democrat understood right away that that was exactly what he was talking about but the again the 12-year old mentality of the political ‘spin doctor’ spun it their way. Worse yet, these juvenile minds expected us to believe them.

Has it occurred to either party that we, out here in the real world, are for the most part intelligent enough to put remarks like “not optimal” and “binders full of women” in the proper context ourselves? We all understand that these men (Obama and Romney) are imperfect human beings like the rest of us and they will say some things imperfectly from time to time so don’t insult our intelligence by trying to twist what a candidate “meant” when the actual meaning is obvious.