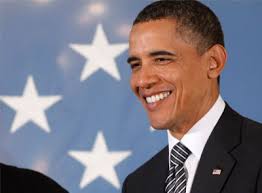 It’s true! George W. Bush deserves a lot of credit for our economic problems and that credit must be shared by a handful of Arab terrorists on 9/11/01.

President Obama, however, did nothing to improve the situation he inherited and, in the process of doing nothing, he did an amazing job creating an ‘entitlement-minded majority’ and creating a government that supports and nurtures it. America has re-elected President Obama, partially at least, because far too many Americans have surrendered to that mind set. Bill O’Reilly called it when he said:

“the voters, many of them, feel that the economic system is stacked against them and they want stuff. People feel that they are entitled to things and which candidate, between the two, is going to give them things?”

The Liberal candidate of course.

It’s going to take a major event to get people to understand that subsisting at the pleasure the United States Government (in reality, living off the charity of other citizens, aka: Progressivism) is a very short-term proposition and that that major event, whatever form it takes, is just over the horizon.

Unless President Obama takes a crash course in Economics and suddenly understands that the Federal Government was intended to be a last-resort support system for our economy and unless he comes to grips with the reality that a strong free-market system with minimum regulation is the only entity that can create the wealth the U.S. needs to sustain our economy, our economy will crash within his next four years. Crash with wide-ranging and devastating effects to every one of us.

This eventuality has been more than obvious for the past two years.

The bad news is: it’s too late to do anything about it now!

The question every American should have been asking for the past few years is: Does President Obama know what he’s doing? Personally I have my doubts. His constant mantra, even before becoming president, was “level the playing field.” That alone should have been a wake-up call; someone with that mentality could have never become president if people had realized the implications of what he was suggesting. Then, once he became president, that mentality guaranteed the continued economic failure we’ve experienced for the past four years.

The United States was not created on a level playing field. It took risks by people with foresight and guts to create the strongest economy the world has ever known. Nor has the United States ever operated on a level playing field; entrapenuers risked their capital to create businesses, create jobs and create wealth for their employees and investors. There were never any guarantees of success and the “playing field” has never been level; if you contributed to a business you profited from that business. Obama’s “level playing field” implies that everyone owes a piece of their personal, hard-earned wealth to everyone else. That’s not America, that’s Communism.

I really and honestly believe that if you voted for a second term for President Obama you’ve screwed yourself in the long-run and, in the process, you’ve screwed the rest of us.

The Hill: Obama’s record of overreach