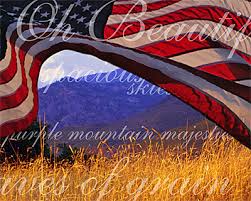 This is an open letter to Mr. Obama (the title “President” is intentionally omitted). I did not write this letter, it was written by my brother as a way to vent his frustration with the rejection of America and the disregard for our security that was expressed by the majority of voters in the wake of four years of the Obama administration. I do, however, share the majority of his sentiments.

Well you’ve done it! You are the president for 4 more years of what is, for now anyway, the most powerful nation on earth. I’ll bet you can’t believe it either. You know you were only elected on the basis of your appearance and personal affability. Regardless, insincere congratulations are in order: you have achieved your goal of dividing our nation by race and class.

Blacks, Hispanics and the unemployed are now officially titled the underclass; poverty, food stamps and unemployability are your endowments toward their future.

Obamacare can’t be stopped now so socialized medicine is here — those of us who work will pay for it all, as will as our children and grandchildren.

How does the Muslim Brotherhood see you Mr. Obama? As a sympathizer? As an ally? Certainly not as an adversary.

You had better get busy trying to do something with our second amendment. America will never be spelled with a K.