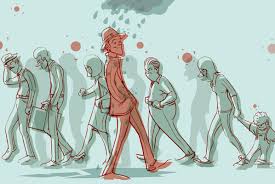 The national and world “News” during this past two weeks can be summed up in a couple compound sentences:

The Republicans lost and are trying to justify it while the Obama administration sees their win as a mandate to complete the economic devastation they began during their first four years.

I’m not a prophet but I don’t have to be to see that the United States and the world are in very bad shape today and it will get much worse.

Obama may find a way to ‘bridge’ the “fiscal cliff” for a year or two but it eventually must be dealt with and the most expedient way to do that is to drastically reduce the reach and size of the Federal Government. Can you see that happening during a second Obama administration? I certainly can’t!

On the international front, I’ve implied here that the war Palestine started with Israel is just a planned distraction that is being financed by Iran to take the world’s attention away from their nuclear ambitions. That is admittedly just an assumption but it seems to be working that way. Of course, on a positive note, the Israelis are smart and they still may be keeping a close eye on Iran; the negative aspect however can’t be dismissed by sheer optimism. This ever escalating border conflict is certainly sapping Israeli resources and in the end all they can hope to depend on is aide and support from their ally but . . . since that ally is the ‘United States of Obama’, they might be out of luck.

My parents never taught me the rule about not saying anything if you don’t have anything good to say — I think I learned that from a Salvation Army Major at a bus stop. I do, however, like to be optimistic when there is justification (or at least room for wishful thinking) so let me end with some hopeful optimism on the domestic front.

The Republican party is engaged in a post-election civil war of sorts right now and I hope that by the 2014 midterms they will have arrived at several basic understandings:

1) The truth, when spoken by an unlikable person, might as well not be spoken.

2) The Bible is a religious document and not a set of societal rules in a Democracy. A “Christian” legislator is not only working for other Christians, he/she is working for ALL his/her constituents; which leads to understandings 3 and 4:

3) Republicans appeared (and, in fact were) hypocritical by denouncing Obamacare for allowing the government to get between a person and his/her doctor while advocating interference between a pregnant woman and her doctor.

4) The LGBT community has as many rights under the Constitution as the Catholic Church.

I have been preaching this common sense stuff since 2006 when I began this blog and still, 323 posts later, I haven’t found any reason to significantly change my views.

One thought on “Pessimism on the National and International Fronts”