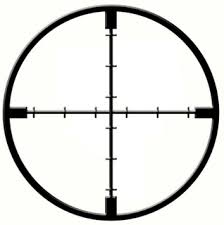 Rand Paul provided a valuable service to the American Public by filibustering on the issue of the Constitutionality of using drones against American citizens on American soil. To my mind, this is a non-issue but Paul’s filibuster at least started the national conversation and went a long way toward pinning the White House down to a specific answer.

Logically the answer is YES, the use of a drone against a terrorist, American citizen or not, is perfectly appropriate under the right circumstances.

A drone strike is simply a high-tech version of deadly force. Every day law enforcement is forced to use deadly force against criminals and if there ever was a criminal who needed to die it is the terrorist who would think nothing of using deadly force against innocent civilians (which is the core definition of “terrorist”).

Because a drone has much more potential of creating collateral damage than say a SWAT team, Drone operations should be used only in areas where the possibility of collateral damage is minimal to non-existent; just as it is with SWAT teams who are always cautious of even taking a shot with a conventional weapon if there exists even a minimal chance of other people being hurt or killed.

Just because the hypothetical terrorist in Paul’s filibuster is an American citizen there is NO reason to suppose that there was a lack of a thorough investigation and close surveillance of the subject. Most of us may have lost all confidence in the Federal Government for one reason or another but there is no valid reason to believe the conspiracy theories that assume that the Federal government will authorize a “HIT” on an innocent citizen or that a SWAT team or a drone will be called in to execute a person for no valid legal reason.

A final thought, if the hypothetical American terrorist in question is actually working with a regime that is a declared (or self-declared) enemy of the United States, he or she has in fact renounced his or her American citizenship and may be found guilty of Treason by “adhering to an enemy of the United States by offering that enemy aid and comfort.” (That is part of the legal definition of Treason.)