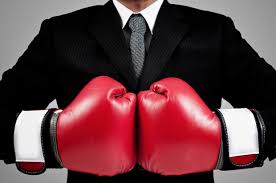 Today, the 2nd U.S. Circuit Court of Appeals agreed with a lower court that the abomination known as D.O.M.A (Defense of Marriage Act) is unconstitutional because it denies federal benefits to legally married same-sex couples.

Just on the surface, it’s clear that this law ignores the fact that lesbians and gays are protected minorities under all federal non-discrimination laws.

Just beneath the surface, however, it gets scary! D.O.M.A.s existence is a monument to the fact that the Republican legislators who have been fighting in the courts to keep D.O.M.A. alive have been convinced (by Christian institutions and Christian lobbyists) that the clause in the U.S. Constitution’s First Amendment that prohibits “impeding the free exercise of religion” implies that religious freedom overrides the rights of citizens who choose not to recognize the church as the dominant power in this country. They need to be thoroughly disabused of that notion.

This clearly immoral law will next be ruled on by the Supreme Court — and who will again be in the front lines trying to keep it alive? The bigots in the Republican party who have categorized gay people as second-class citizens to be punished under Federal law, solely because of the sexual orientation they were born with.

In this election year, as important as gay rights and reproductive rights are, the party of choice for people who love America and want to see the last four years erased from memory must be the Republican party.

As much as the Republican ‘social agenda’ chaps my a**, I know that their economic agenda and their “peace through strength” initiatives are absolutely vital to our continued existence as a free, vital and powerful country. As I see it, we have no choice but to ‘dethrone’ Barack Obama and send him back to Hawaii.

Leveling the playing field, the heart of the Barack Obama philosophy of life, sounds nice — but if it means bringing our economy down to the state of the Greek economy or allowing the United Nations to tax our citizens or allowing continuing unanswered challenges to American strength and sovereignty by the likes of rag-tag terrorist groups that wants us all dead, it doesn’t sound ‘nice’ any longer.

The stupidity and intolerance the Christian Right displays in the areas of gay rights and a woman’s freedom to control her own body, while a vitally important fight to fight, must not override concerns that effect every U.S. citizen; especially in this election year when the Democratic party has the country on the brink of economic collapse and in this era of increasing threats to our national defense. Any successful person will tell you that one of the most important rules in life to follow is to “choose your battles wisely.”