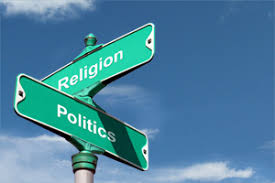 In the November 12th edition of The American Thinker Magazine, a hard-line Conservative publication, the very first line in the article titled It Is Not Too Early for Conservatives… reads:

“The Republican Party lost the 2012 election while conservatives watched from the sidelines.”

Essentially, that is a clear admission that Conservatives in the Republican party made the choice to give the country four more years of the socialist-leaning Liberal, Barack Obama, rather than vote for a candidate that they felt was not “Conservative enough”. Like spoiled grade schoolers, they took their “ball” and went home rather than allow their team to win.

Although Conservatives are now suggesting that the Republican Party is not really “their team” they should perhaps take their heads out of the sand and get a firm grip on the fact that a moderate Republican President would have been a whole lot better for America than the Liberal Democratic President is — or will be for the next four years. Now, however, it may be too late for Conservatives to start thinking about America’s future, rather than their own.