The WordPress.com stats helper monkeys prepared a 2012 annual report for this blog.

A very short article in the Star Phoenix Newspaper of Saskatoon (Saskatoon is a city in central Saskatchewan, Canada) by Starphoenix writer Conrad Romuld, protests the city’s “blessing” of Christianity by not removing “Merry Christmas” signs from the city buses.

Perhaps Mr. Romuld, as well as maybe millions of other ‘protesters’ have not taken the time to analyze “Christmas” and to understand that what was a solely Christian holy day has evolved (some would say devolved) into much more than a simple Christian holy day.

When a shopkeeper or retail clerk, a friend passing on the street or a sign on a city bus wishes you a “Merry Christmas,” it is highly unlikely the greeting has anything to do with the birth of the “son of God.” The greeting or wish “Merry Christmas,” in far more instances than not, is simply a recognition of the traditions that have grown around this Christian holiday. The traditions are giving gifts, having parties, spreading good cheer, exchanging “Christmas” cards, helping those in need, singing Christmas carols, decorating homes and businesses (and buses) with symbols of the season like Christmas bells, holly, Christmas trees, manger scenes, and Santa Clauses . . . and one tradition that was once a recognition of the actual Christian Holy Day but is now more of a ‘family’ tradition: attending a Christmas Eve service. Even if you don’t believe in the actual “reason for the season,” the music is sure to fill you with the “magic of the season.”

Christian protesters had better “pray” that Christmas and it’s associated traditions never go away, our economy depends on holidays like this one; they keep stores open and profitable, keep people employed and do a lot for those who have little but for the charity that goes along with the season; in other words: Christmas helps many, many people and harms virtually no one. It’s a perfect holiday!

I hope you all had a wonderful Christmas day . . . even all of my fellow atheists and agnostics. 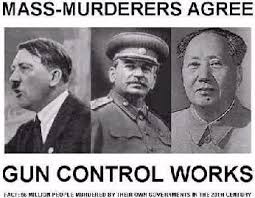 The Wall Street Journal headline reads: “Battle Lines Drawn Over Stricter Gun Laws”; it could just as well read: “Once Again Politicians Manage to Make Nonsense out of Common Sense”.

Proponents of stricter gun laws feel that making it even harder for the average citizen to purchase a gun will somehow stop violent people, who don’t care about gun laws or any other laws, from obtaining guns. That, like so many things proposed as law, makes no sense. No restrictive gun laws will EVER prevent another mass shooting tragedy.

We already have laws on the books that make it very hard for anyone to buy a gun. Stricter anti-gun laws will simply discourage law abiding citizens from going to the trouble of legally purchasing a firearm while the people who intend to use guns to perpetrate violence on other people will still be able to purchase their black market guns, or steal other people’s legally obtained guns, and they will continue to use them to commit crimes. In a most recent case, William Spengler, a convicted felon who could not legally own a gun, set a fire to draw volunteer firemen to the scene and then shot four firefighters, two fatally and two seriously. No gun laws could stop him or will stop the others who will certainly follow. Gun violence is a social problem not a gun problem.

There are knee-jerk reactions in the aftermath of every mass shooting like Colombine, Aurora and Newtown but Newtown, because it was a senseless slaughter of innocent children, has caused the halls of Congress erupt in debate and, as the WSJ headline tells, battle lines have been drawn. There are those who want tougher gun purchase/licensing laws; those who realize that our current laws are sufficient and tougher laws will not reduce the body count or prevent the next mass shooting; those who realize that even this elevated discussion of gun rights is an attack on our Second Amendment rights; and those very few extremists; some who would love to have every gun in America confiscated and melted down and others who want every citizen to have a gun strapped to his or her leg.

It should be obvious to every thinking citizen that the old saying “guns don’t kill people, people kill people” is absolutely, unquestionably true. The only effect of keeping the guns out of the hands of normal, stable people is to make them defenseless victims. Our laws should, and do, restrict the legal purchase of guns to American Citizens who do not have criminal records and who have not been adjudged mentally ill or incompetent. What more can we do without tearing the Second Amendment to shreds (not that many of our Senators or Congressmen truly care if the Second Amendment is shredded, as long as they get good publicity and lots of votes the next time they are up for election).

Recommended Reading: “The Face of Evil” by Leona Salazar. 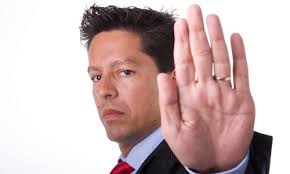 In this final fiscal cliff drama, the hard-line Conservatives are being extremely self-righteous about not compromising their beliefs on taxes and spending — and they, in a perfect world, are absolutely right. In a perfect world, which is far from today’s situation, they WOULD BE right but in the real world . . . today’s world . . . they are continuing to act like fools.

Lets go back about 2-1/2 months to that contentious period before the elections. Once again, the hard-line Conservatives were standing up and insisting that no one but a card-carrying, Limbaugh and Hannity approved Conservative should be the next president and that that Romney guy just didn’t measure up. Yeah, he was kind of Conservative but not an uncompromising hard-liner. So, before the election, the hard-line Conservatives did not campaign for Romney and on election day they stayed home by the hundreds of thousands — their attitude was, it was either someone they chose or nothing: i.e. if we can’t have our way, re-electing Barack Obama and allowing him to continue his destruction of the country is OK with us.

Fast forward back to today, Republicans in Congress are fighting for the best deal they can get for the majority of taxpayers and Barack Obama is playing hard ball (from Hawaii) on the other team, using all his resources and telling all his half truths — half-truths readily echoed by the Liberal media. Bottom line: It’s either “over the cliff” or settle for what they (the Republicans) can get Obama to agree to.

If those hard-line Conservatives were not such self-righteous idiots and did the right thing back in the run-up to the November elections, they very well could be dealing with a Republican president instead of a Socialist-leaning Democrat. Their tax proposals would, no doubt, be well received and the size of government would begin to be reduced on Jan, 20, 2013 as promised by Mitt Romney.

What this radio host and all of his hard-line Conservative buddies are missing is the fact that Conservative principles are not “The Gospel” to anyone but other hard-line Conservatives (and that’s far, far less than 1/2 the country); another fact they seem to overlook is that our government and, indeed, the entire country always has and always will run on compromise. Most Republicans, most Democrats and, indeed, most Americans not only realize that but are forced to live with that fact every day.

For my part, I’m sick of the hard-line Conservative’s holier than thou attitude. I may occasionally still read their articles, listen to their radio shows and watch them on TV and even waste my time arguing with them, but I believe their rhetoric even less than I did before.